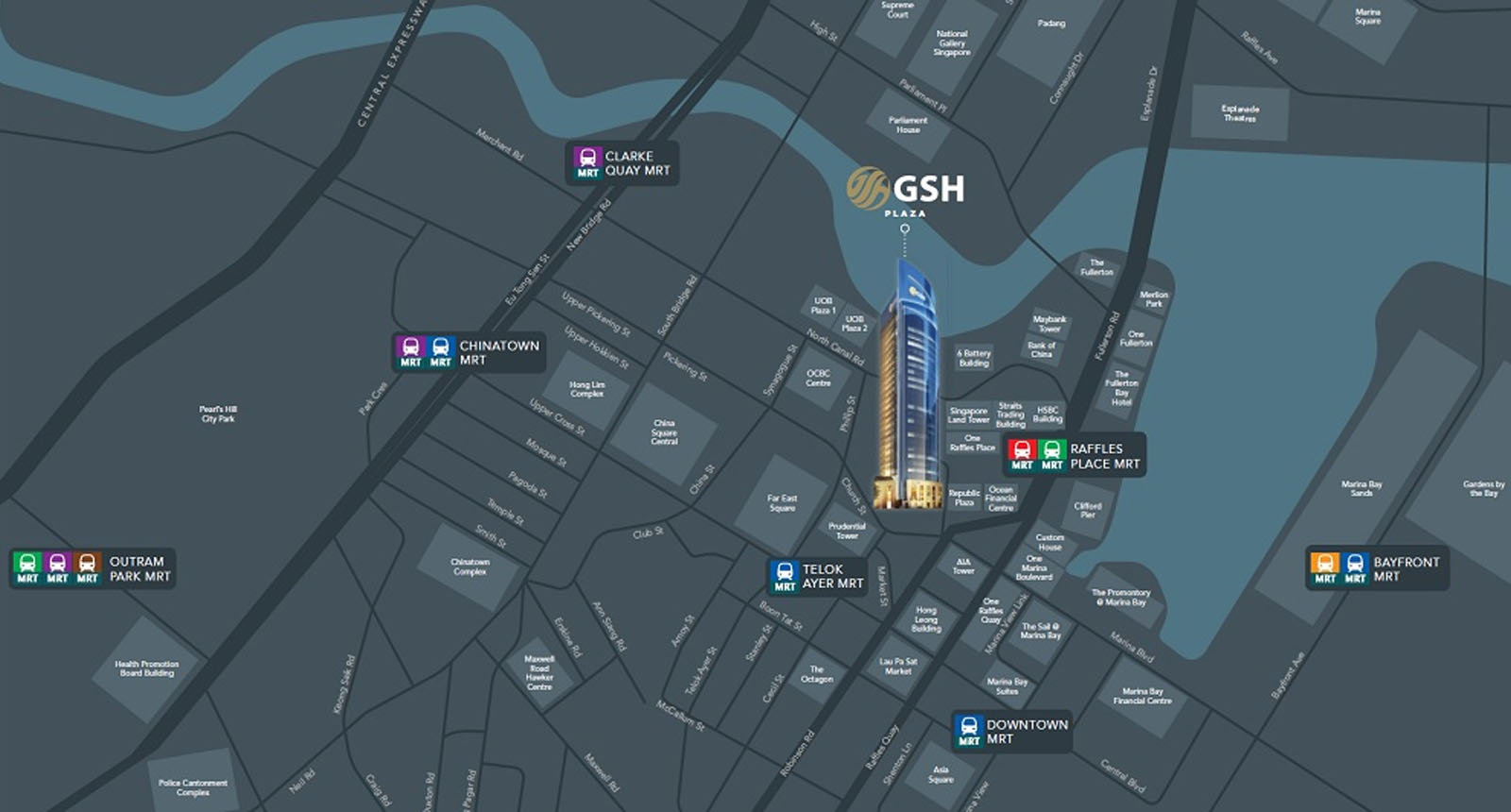 IN THE HEART OF THE CENTRAL BUSINESS DISTRICT

Ideally located on the junction of Church Street and Cecil Street, GSH Plaza's iconic stature is set to enhance the Central Business District's vibrant landscape. As a pillar of commercial, financial and recreational establishments, it will thrive at the centre of the city's development, and continue to evolve for the future.

GSH Plaza location presents itself as a monument to convenience and accessibility, as it is situated near global financial institutions, regional and multinational companies, as well as retail, cultural and entertainment hotspots - the perfect way to mix business with pleasure. 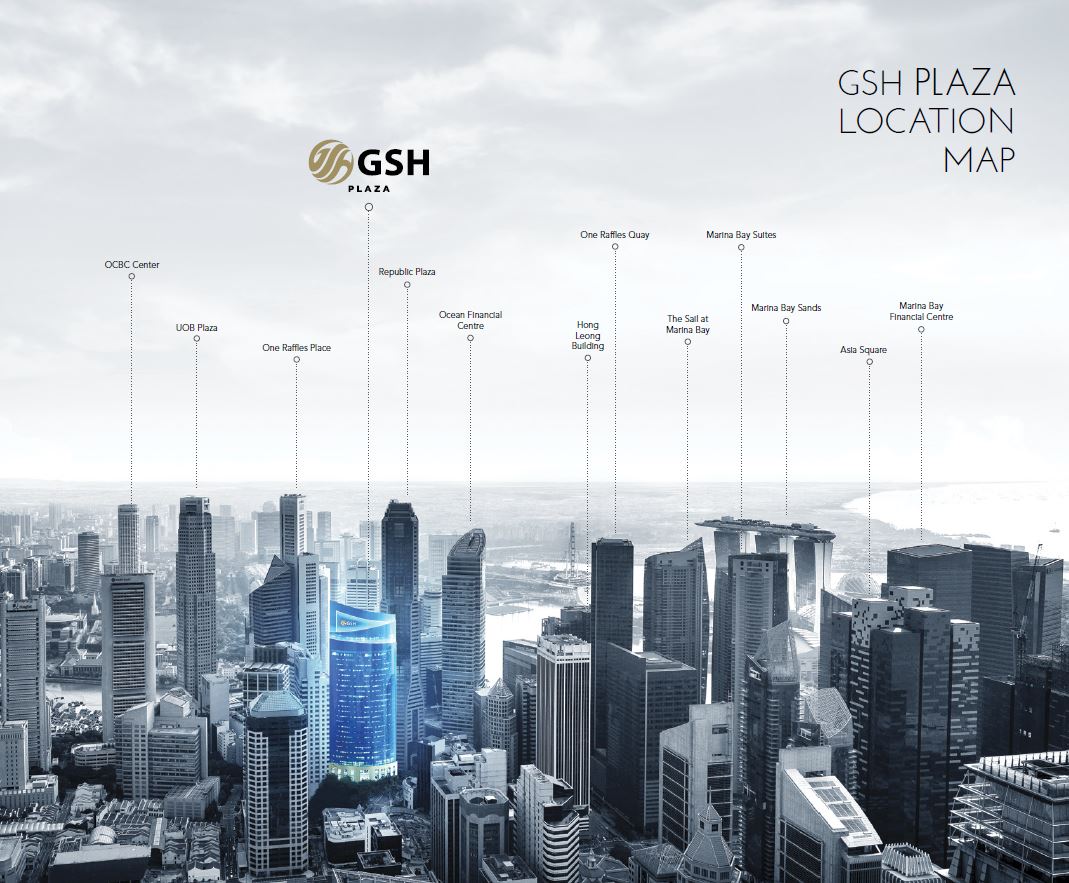 Marina Bay Sands, Gardens by the Bay, and the shopping precincts of Raffles City and Marina Square are close by, offering a myriad of dining, entertainment shopping and leisure options. To soak up culture, one can make a short trip to the Chinatown heritage district. Aficionados of the arts and entertainment will appreciate the proximity to the National Arts Gallery, the Esplanade Theatres on the Bay and Mastercard Theatres at Marina Bay Sands.

Its prime position also places GSH Plaza within easy reach of transport networks, with Raffles Place and Telok Ayer MRT stations mere minutes away, connecting commuters to the East-West, North-South, Downtown and Thomson-East Coast (to be completed in 2019) MRT lines.

Being in the vicinity of prominent residential apartments complements the commercial and retail elements, creating a conducive environment to live, work and play. 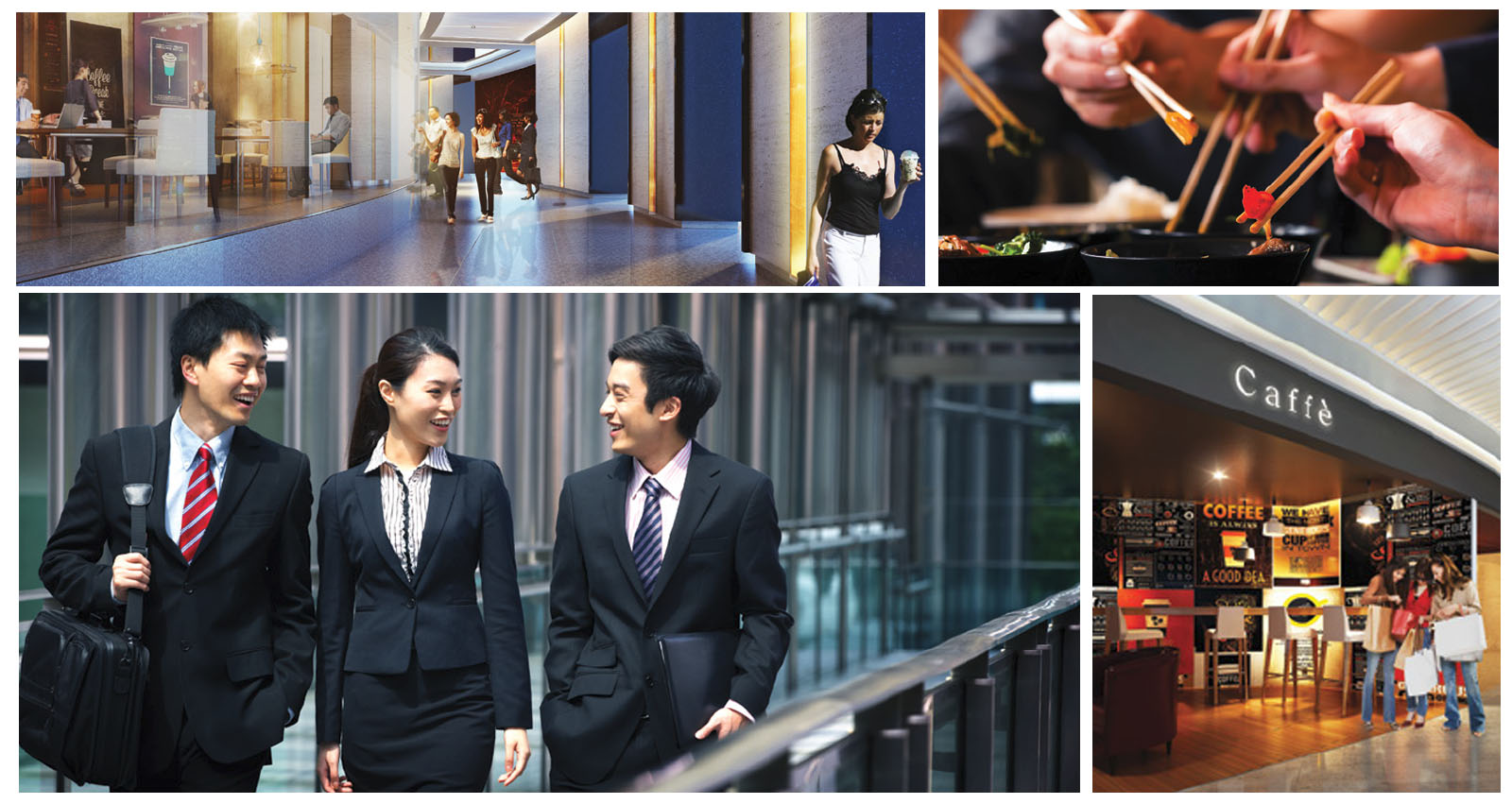 CONNECTING YOU TO ANY POINT

GSH Plaza has a prime address in the Central Business District is poised to facilitate commuters looking for easy connections to the rest of Singapore. It is connected to major expressways such as East Coast Parkway (ECP) and Marina Coastal Expressway (MCE).

The property's location is within walking distance to Raffles Place and Downtown MRT stations, which are two key points on the transport network. Being at the centre of it all also places commuters to nearby MRT Interchanges and significant stops such as City Hall, Marina Bay, Chinatown, Dhoby Ghaut and Orchard stations.